Vote for your city to be added to the Monopoly board game! 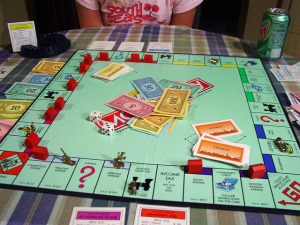 In honour of the Monopoly board game’s 80th birthday, Hasbro (the company who currently owns the rights to the game) has teamed up with Buzzfeed to ask the denizens of the internet to help design the next version of the game. Monopoly was first sold in stores in February 6, 1935.

Go to http://www.buzzfeed.com/votemonopolyca to vote for your city to be added in the game. If your city is not on the list, March 3rd and March 9th is “Wild Card Week,” where people can write-in specific locations and encourage others to do the same.

This entry was posted in Life, Web and tagged Game.